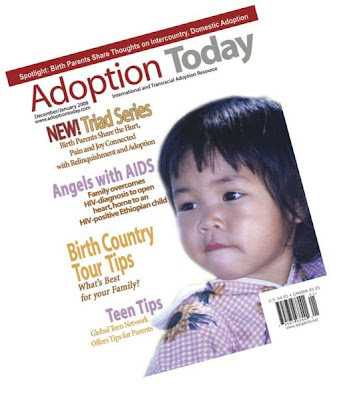 Imagine, for one moment that your life has been cut short. Not only your life, but that of your children also, because you’ve been diagnosed with the unimaginable — AIDS. I didn’t have to imagine it; I lived it.

Like most women with HIV, I unknowingly contracted the virus while in a monogamous relationship, and had carried the virus for nearly a decade. It wasn't until 1996, shortly after the birth of my second child, that I learned the devastating truth. I thought my life (and worse) that my children's lives were over. Only my husband tested negative. That was the worst year of my life. My only thought was that I had to hold on for my children's sake and make the short time we had together on this earth the best it could be. When I was pregnant with my children, they did not routinely test women for HIV. This is something I fought to change.
Today, in the United States, with testing and treatment during pregnancy, the chances of an HIV-positive woman transmitting the virus to her newborn child is low, less than 2 percent.

Eleven years ago, I was naïve to think I wasn’t at risk of contracting HIV. We know better now.

My awakening came abruptly and unexpectedly in 1996. Our once vibrant 5-year-old daughter had, in a matter of months, wasted down to a skeletal, 31 pounds. At the same time, our newborn son, unable to breathe, lay hooked to a respirator at Children’s Hospital. The diagnosis was made. It was AIDS, and it was undeniable, we were dying.

A good day was when Alee would eat, even a little.

Other days, I’d try to coax the food into her mouth, like she was a baby. It did little good. My life revolved around caring for my sick children and researching our disease, which I knew very little about. Our situation was bleak, but I refused to give up.

In the mornings I’d put fresh sheets on the sofa, and carry my ailing daughter downstairs where I could watch over her every second of the day. I’d gently brush her thinning hair; still it came out in clumps between my fingers. I’d tell her fabulous, made-up stories about heaven while the theme music to “Barney” played on TV. My children were dying, and there was nothing I could do to save them. I only hoped that I would follow not far behind. I vowed to hold on; be there for them, and love them through the end. And it was upon us — or at least that’s what I’d thought. But life is full of wonderful surprises. What I’d thought to be our end, turned out to be the beginning.

I didn’t lose my children. Instead, we experienced the miracle of Protease Inhibitors; a gritty, blue powder that we’d mix with pudding and spoon into our children’s mouths twice a day. My husband and I watched in giddy disbelief, as the newly acclaimed medicine literally brought our children back to us. It was, and still is, nothing short of phenomenal.

Due to these, and other miraculous advances in treatment, children born with HIV are now expected to live long, healthy lives, and because Of this epic turn, we are seeing a steady increase in the number of people who want to adopt these special kids. As the number of deaths from HIV have drastically declined in America, the same cannot be said for other parts of the world where lack of treatment, education and stigma virtually cripple any and all efforts made to halt the epidemic. With 41 million people worldwide suffering with the disease, it is estimated that by 2010 a staggering 18 million children will be orphaned by of AIDS.

Adoption was something my husband and I talked about for many years. I can only describe it as some irrefutable pull of the heart which ultimately led us to our son. Early one Sunday morning, I found myself compelled to do more than talk about it. I walked downstairs to where my laptop sat atop an old antique writing desk I’d rescued from Goodwill years earlier. Its nicked surface was littered with stacks of books and magazines, a tiny wicker basket filled with odds and ends, and off to the side, a framed picture of my kids. I sat down and stared at Their rose-cheeked, smiling faces. I then took a deep breath and typed two monumental words, AIDS orphans into the search block.

Immediately, I pulled up two viable hits. I clicked on the first one. At the time, I chided myself. I was only looking for a child to sponsor, but all the while, I knew better. I was looking for a child alright; my child. I’d felt him calling me night and day, the child who needed us as much as we needed to find him.

Later that morning, my husband and I sat down together at the computer and pulled up the site for an orphanage in Addis Ababa, Ethiopia called AHOPE. We watched a video on the Web site, and near the end of it we saw the face of an angel. Right there in front of us was our son. We had nothing to go on, not a name, or even how old the video was. It took some phone calls and a little doing, but a few days later the phone rang. It was a woman we’d spoken with from an organization called Chances by Choice that helps facilitate the adoption of children with HIV. Her voice was Excited on the phone, “We found him and the great news is that he’s adoptable.” We were happy beyond words. It was just the beginning, but we felt ready for the challenges we faced.

The road to adoption was an unforgettable, amazing journey where set-backs and disappointments come with the territory, but this rang especially true where the HIV waiver form, I-601 was involved. The form is necessary because of an outdated law that was put into effect in the eighties that bans all noncitizens with HIV from entering into the United States.

It’s a law that should have been thrown out long ago, but so far no one has been able to do so. Currently, this law is under heavy scrutiny, and hopefully, if we don’t see it tossed out altogether, we’ll at least see it amended where adopted children with HIV are concerned.

Until then, we will have the obstacle of the waiver to contend with. Put simply, the I-601 form requires two signatures: One from the infectious disease doctor who will treat the child once he or she is in the United States, and one from the health officer at your local health department. Once approved, the waiver allows the adopted child to obtain a visa, enabling him or her to enter the United States. It’s a lot of bureaucratic red-tape that only takes up more time that is already of a precarious nature for these waiting children; children who in other countries are unnecessarily suffering, and succumbing to a disease that is now treatable.

The waiver process was the ultimate obstacle, but with persistence and diligence, my husband and I were among the first handful of pioneers to successfully meet all the requirements of the HIV waiver. On Nov. 1, 2006 my son planted both feet on American soil. The escort handed him to me and I lifted him into my arms and kissed his forehead. The shoes I’d sent for him were three sizes too large, and the clothes I’d carefully picked out for his journey were filthy and smelled of urine. His weary eyes looked into mine and he began to sob. It wasn’t the homecoming I’d imagined, but nonetheless I was flooded with a sense of great relief. He was mine, and he was finally home. We sat in the Seattle airport for six hours until our flight and eight hours after that, landed home where we were met by my husband who whisked us safely home.

The next eight days were filled with doctor visits, and the business of getting him well. He’d suffered from a severe ear infection and was thin, but other than that, he was surprisingly healthy and adjusted to family life amazingly well. We are truly blessed.

Today, our story of adoption is not so unique, and since bringing Yonas home, many people have followed in our first tentative footsteps.

Gradually, as acceptance and education grows, more people are becoming open to adopting a child with HIV. There are numerous Internet groups for people who want to learn more. As people become more educated they fear HIV less, and we are going to see many more of these children find families, treatment and life in the United States. Learning about the disease is an essential step toward curing the stigma that is still unduly attached to it.

Today, all three of my children are healthier than I could ever have imagined possible 11 years ago. The virus in their blood has been brought to “undetectable” levels, and their immune systems are strong. By the grace of God we survived, but not every child or family is as fortunate.

I often feel, that in a sense, we hit the lottery because of where we were born, because HIV treatment is accessible, and children who are adopted with pre-existing conditions are covered by most health insurance plans. When I see children in other parts of the world (Africa, Haiti, China) still struggling and dying with this disease, I can’t help but be reminded of my children, and our pertinent struggle. It feels deeply personal. We've been there. We know what it's like to have no hope.

Without a doubt, my children and I have been given the greatest gift of all — a chance at life and hope for the future. Hope for a future is something that all children deserve, because with hope, anything is possible.

Suzan writes from Kentucky, where she lives with her husband and three children — two biological and one adopted from Ethiopia. She is currently writing her first novel. She recently shared her family’s personal story in a video segment for PBS in an effort to encourage all pregnant women to get tested. It can be viewed at www.RealSavvyMoms.com.

Posted by Author and HIV/AIDS Advocate--S.Meredith at 7:20 AM

Email ThisBlogThis!Share to TwitterShare to FacebookShare to Pinterest
Labels: ADOPTION

I stumbled on your blog from our HIV yahoo group.

God has blessed your family.

This is one of the articles that really impacted me when we were researching HIV+ adoption. Thanks for your courage in writing it, it lead us to our beautiful son, and our daughter that we are waiting for. Mayb God continue to bless you and your family.

Signe,
Thank you for this post. Made me cry... I'm so happy for your kids and your family! 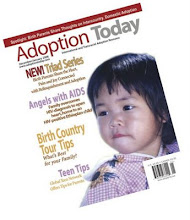